The Daily Show on British Tyrrany

A 21st century girl in a 19th century world

This week I had some frustrating adventures when I had to:

For anyone considering a move to the UK from the US let me just say, yes you may have more vacation time, but you’ll need it after spending so much time doing things that would have taken no time at all in the US. Although I admit my local drugstore and grocery store have both added self-checkout, merely 4 years after they became standard in the states.

As one certain B. Franklin said, “Certainty? In this world nothing is certain but death and taxes.” Today was tax day for many of us Americans including those of us who are expats and subject to the rules of foreign living. Slate covered this issue as though we expats were all living a cushy life abroad; after paying British tax all year, the fact that I manage a zero balance in the US is only due to the fact that I am a scientist (and thus not a banker earning real money) and so my US tax return falls under the level of the not-quite-poverty-stricken. Of course, it took 30 pages (prepared at a cost in pounds that I don’t want to admit, due to my lack of understanding of legal- and tax-speak) to demonstrate my lack of taxable US income this year, as opposed to 23 last year, and I’m mystified by this in light of the fact that the fall in the pound against the dollar means that I’m earning about 1/2 of what my compatriots in the US are earning for my same job (when the pound was worth something my salary was not embarrassing in dollars). What can I say, it’s the hard-knock life for us American expats in the UK. Perhaps I’m lucky to still be under the US tax limit and not starving to death in England.

And the Minnesota Senate election drags on…

Yes, I am from the lovely state that makes the Bush-Gore battle over hanging chads look organized by comparison… Al Franken was declared the winner by a unanimous ruling of three judges, albeit a winner by a few hundred votes out of nearly 3 million cast–that’s 0.01% for those who think of these things in numbers. Now Coleman is due to appeal. Again. This thing is never going to end! And unlike the Bush-Gore battle, where it was important to get someone into the office of the POTUS, the Senate is humming merrily along with only one Minnesota senator. And increasingly I feel guilt over my not having sorted out my registration to vote in the election, which increasingly seems to support the idea that Minnesota is where I should have voted. Cause all the times you fell like your vote doesn’t count, in this case it might have. Of course, it’s absentee ballots at the heart of the appeals court claims, so maybe not 🙂

I was at the gym tonight and I caught the tail end of the crazy video for Beyonce’s “Single Ladies” and was mesmerized… seriously, I totally blame Madonna for the ridiculous trend of women doing suggestive dances while wearing leotards in videos. And it’s really caught on over here, sigh. (Although Cheryl Cole’s bottom sets a new gold standard, ha ha ha.) After I got home I decided to find the video and watch the whole thing to see if I had gotten an odd impression by just seeing the end (where Beyonce and co. mime like they’re riding something and smacking their own bottoms) only to get the dreaded “We’re sorry, this video is not available in your country” message. I had forgotten about the war over music videos and youtube in the UK. Because, well, I spend so little of my free time watching pop videos online. But I was sure the music video was out there somewhere. Back to my search results, and four items down is the link to MTV and the video, which played just fine. So exactly how is the youtube ban helping? You can still see the video, just not on youtube. And the point of this is … ? In the end, although the song is catchy, I’m just not into the video, either in fashion or in dance. Or I’m just getting old and very uncool.

For an American, trying to understand the nuances of the differences between British newspapers is mystifying at best. Several times on this blog people have made comments when I have linked a story from the Guardian. Several times I have seen people comment on links on Facebook, making fun of the person posting the link for linking from that particular newspaper. I actually broke down and asked a local friend to try to explain it to me, and she gave me a listing of some of the larger newspapers and what one could expect from them politically and who their typical readership would be. I found a similar listing online, and link it here for the benefit of anyone else who might be clueless. (Disappointingly there is a video linked in this which is “no longer available” and since I’ve stumbled on it three different times this morning, I’m sure it’s totally relevant and absolutely hilarious.) The topic of British paper politics is such a serious subject, that were you someone doing a PhD in Media Studies you might title your thesis “Political ideologies and identity in British newspaper discourse“. I loved this quote, from my googles this morning:

The British national newspapers are aligned with the various political factions in England. They make no pretence of objectivity. And, according to several landmark studies dating back to the 1950s, citizens find partisan information more politically useful than so-called objective information.

That’s right, “so-called objective information” … as in, um, the news? The idea that this is not useful in newspapers is more than slightly amusing to me. Regardless, there is no question that Brits read more newspapers than Americans. Americans get their shrill, OTT political news from other sources: magazines, blogs, partisan TV such as Fox News. Now I had not really realized it until I got into a little discussion with my politically-opposite family members this week, but I actually tend to stay away from partisan “news” in either the US or UK. I don’t read any UK news source as regularly as the BBC, and they are mandated to be politically neutral. I read American general newspapers (like the NY Times and my home town Minneapolis Star-Tribune on occasion) but not so much the blogs or websites with a clear political bent, with one exception (and for my family members, that one exception is pretty tame, apparently). I once listened to conservative radio in a rented car in the US for an entire day (it was on when I got in) and I was fascinated by it, but appalled at the same time. I just don’t want someone telling me what to think.

I’m not actually sure why my family members are such rabid fans of the political blogs and news sources while I am agnostic. Am I less politically involved than my family members? Yes, I suppose that’s a fair statement. Am I disconnected from politics due to my expat existence? Most definitely; I feel as though neither the American or British political scenes demand much of my attention since I can only vote the place I don’t live. But most importantly, be it radio, television, newspaper or blog, I prefer a neutral tone for the delivery of “news”. And for that reason, I will continue to seek out sources of information that are less politicized than the average British newspaper. 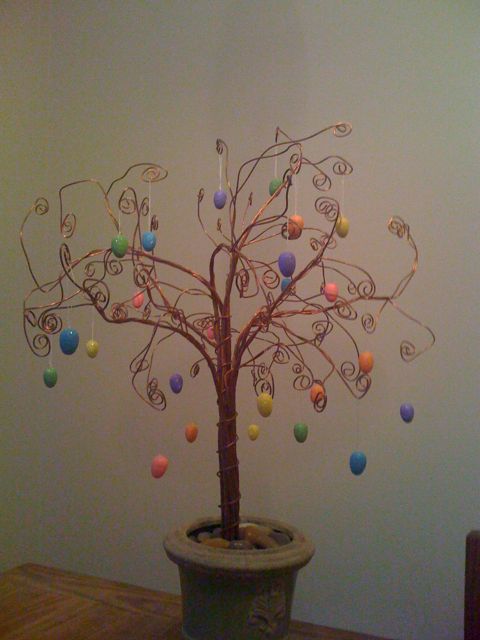 Not From Around Here
Blog at WordPress.com.